Royal Tunbridge Wells is a town in Kent, England,
30 miles (50 kilometres) southeast of central London, close to the border with East Sussex on the northern edge of the High Weald. The  sandstone geology is exemplified by the rock formation High Rocks. The town was a spa in the Restoration and a fashionable resort in the mid-1700s under Beau Nash when the Pantiles,
and its chalybeate spring, attracted visitors who wished to take the waters.
Its popularity as a spa town waned with the advent of sea bathing, the town still derives much of its income from tourism.
— Wikipedia 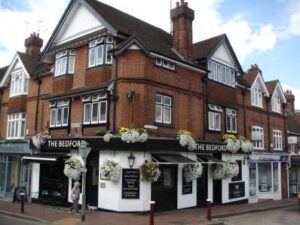 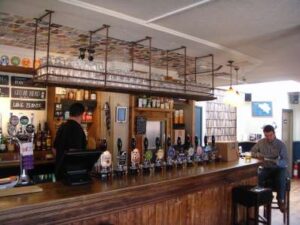